Lately I’ve been reading about how disproportionate the payouts are between male/female cycling categories. I don’t wanna go into a bunch of detail, but let’s just say I don’t want to be a part of that shit. In fact, I’d like to go the exact opposite direction.

We have so many great women in cycling, and this year I want to use the Cedar Cross to celebrate them.

In 2015 we will have three female categories with cash payouts.

The solo category is for the woman who wants to ride solo, but doesn’t really give a shit about winning anything. She could probably kick your ass if she wanted to, but would rather ride for enjoyment, athletic challenge and cool photos. 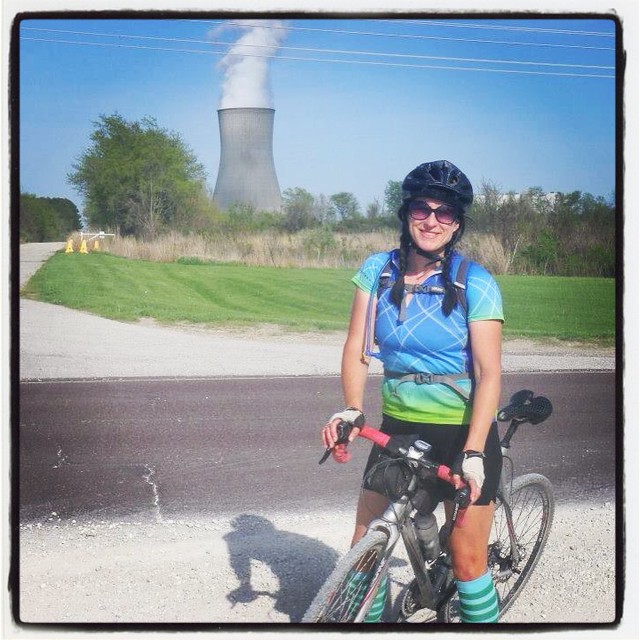 The Group Thang: Lady cyclist Michelle Windmoeller, (pictured below), explained to me that some women prefer to work as a team to achieve a common goal. Hence the Group Thang category. Between 2-5 women can ride together as a team. Finish time is recorded when the last woman in the group crosses the finish line. Tandems are fine with me.

The Alphagina category: Some women don’t want to work together at all. They don’t want to take pictures in front of the Nuke Reactor or share any of their gummi bears. They don’t give a shit about the scenery or the beer stations. All they want is to crush every other man, woman and child on the course and declare themselves the Alpha Female. If this is you, register for the Alphagina category.

The Alphagina will have the highest payout. Dollar amounts will be announced approximately 1 week before raceday when I know if anyone is signing up this year.

In summary, we’re doing payouts this year for all categories of women, and women only. I assume noone has a problem with that, since the whole point of this event is to have fun on bikes.

And if anyone doesn’t already have plans, there’s gonna be a group ride leaving Mokane tomorrow morning at 8am. We’re gonna ride about 50-60 miles at a chill pace. Come on out and join us, it’s gonna be like 60 degrees.